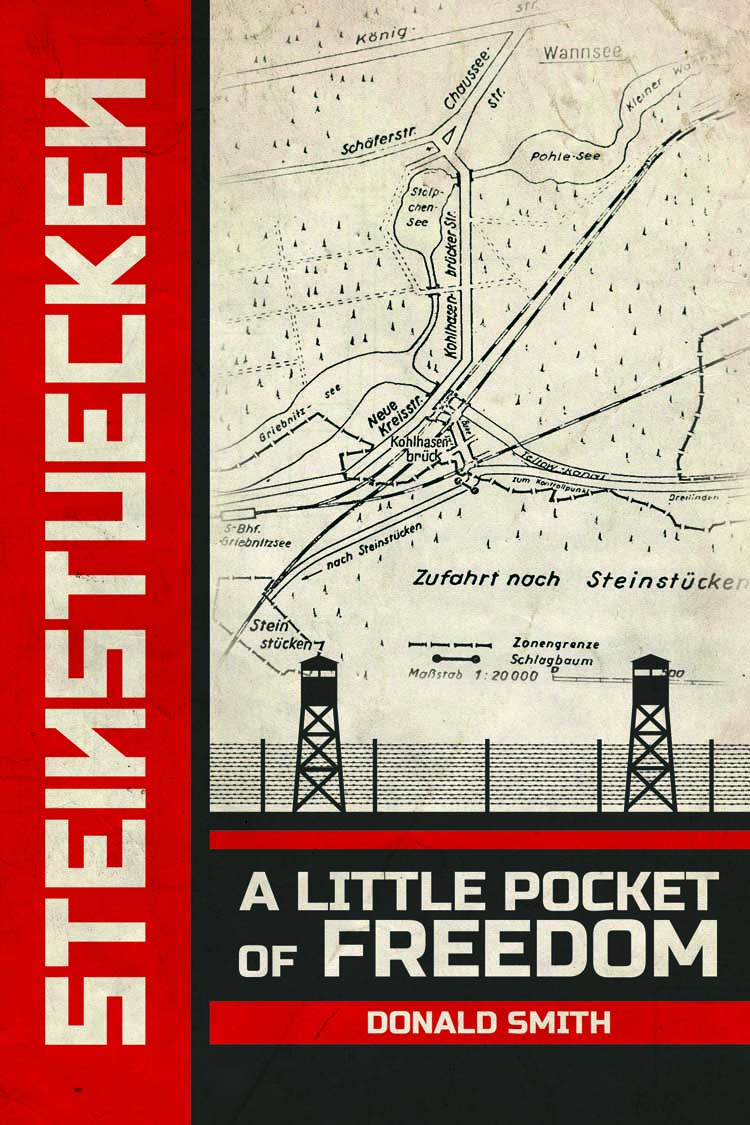 Steinstuecken: A Little Pocket of Freedom

Steinstuecken: A Little Pocket of Freedom tells a success story.

Steinstuecken, a West Berlin neighborhood, was part of the American Sector in Berlin during the Cold War. However, Steinstuecken was COMPLETELY surrounded by Communist-controlled territory. The Americans couldn’t even send soldiers or supplies to the village without risking a confrontation (and possible combat) with the Soviets or East Germans.

Yet, for more than 20 years, American soldiers and diplomats kept Steinstuecken out of Communist hands. The village’s residents showed determination, and even courage, in resisting Communist pressure. They also managed to live relatively normal lives, and build a bond with the Americans that stays strong to this day.

This book tells how they did it. It’s an interesting, even inspiring story that deserves to be remembered.

Donald Smith is a retired Army Reserve officer who served in Germany from 1986-89. He visited Berlin (West and East) three times. On one of those trips, he saw Steinstuecken and never forgot it. He has a B.A. in History from the University of Virginia and a Masters in Strategic Intelligence from the Joint Military Intelligence College (now the National Intelligence University). He has been published in Military History magazine, World War II magazine, and the U.S Army Intelligence Center’s (USAIC) Military Intelligence Professional Bulletin. He is a Geographic Information Systems (GIS) Instructor for USAIC at Fort Huachuca, Arizona. He lives in Tucson.