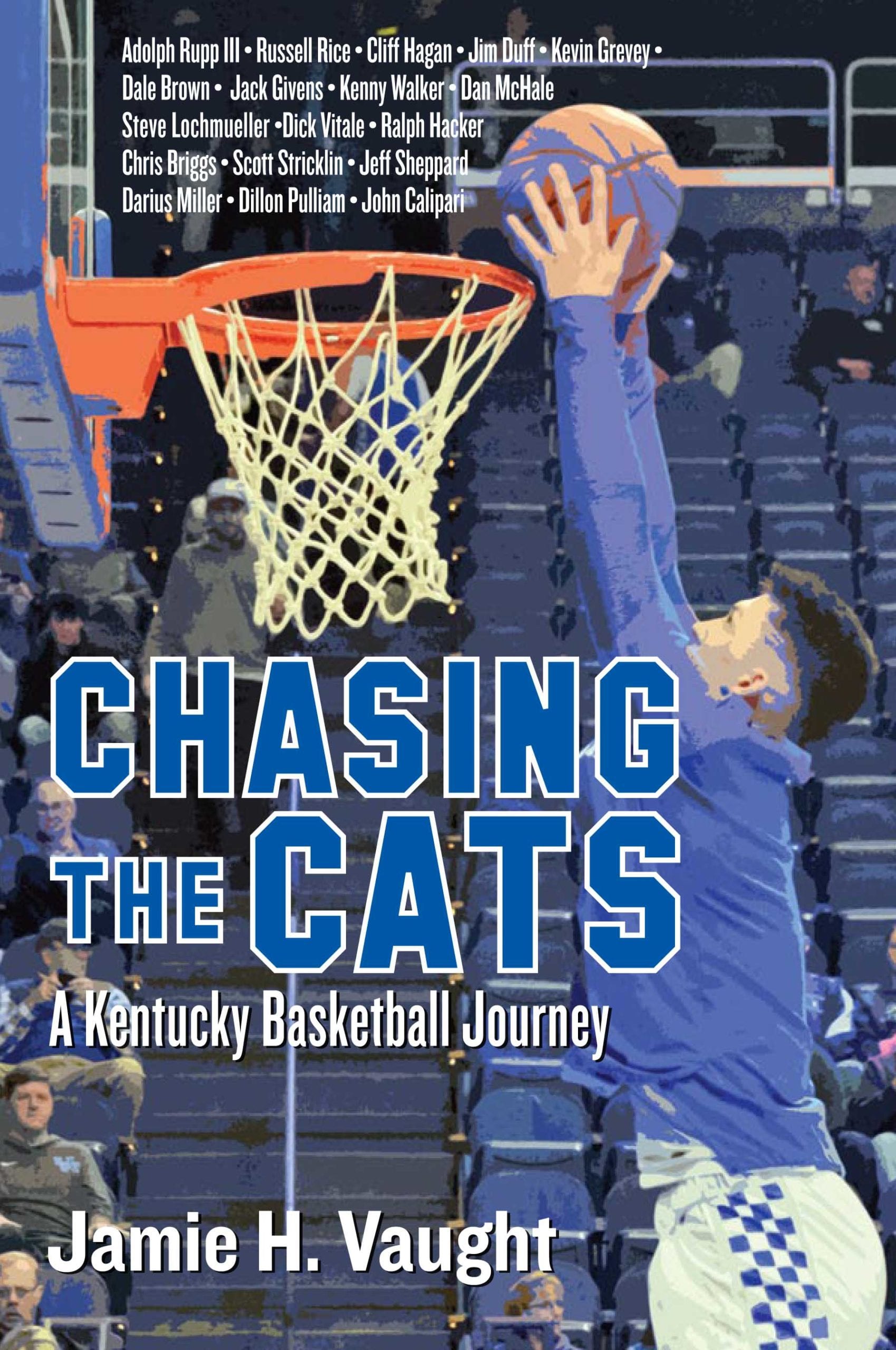 Wildcat fans of all ages will relish reading about the Big Blue memories found in Chasing the Cats: A Kentucky Basketball Journey. Go Big Blue!

Veteran sportswriter Jamie H. Vaught has covered University of Kentucky’s basketball program since his early college days, including the team’s Final Four appearances in 2012 and 2015. He is a longtime credentialed sports columnist in Kentucky, whose articles over several decades have appeared in many outlets, including Middlesboro Daily News, Harlan Enterprise, KyForward.com, NKyTribune.com, Somerset’s Commonwealth Journal and The Cats’ Pausemagazine. Vaught, who is also a photographer, has written five books about UK basketball, including Crazy About the Cats: From Rupp to Pitino. He is the founder and editor of growing KySportsStyle.com Magazine.

While a college student at UK during the late 1970s, Vaught served as a sportswriter and sports editor of Kentucky Kernel, the campus daily newspaper, before graduating with two degrees – bachelor’s in accounting and MBA (master of business administration). During the 1980s and early ‘90s, he worked for The Cats’ Pause as a sports columnist where he wrote for 13 years.

Vaught, who grew up in Science Hill, Ky., is a graduate of Somerset High School where he began his future career in sportswriting. Vaught is also a full-time professor at Southeast Kentucky Community and Technical College in Middlesboro, a position he has held since 1991. He and his wife, Deanna, live in Middlesboro with two children, Janna and Warren.