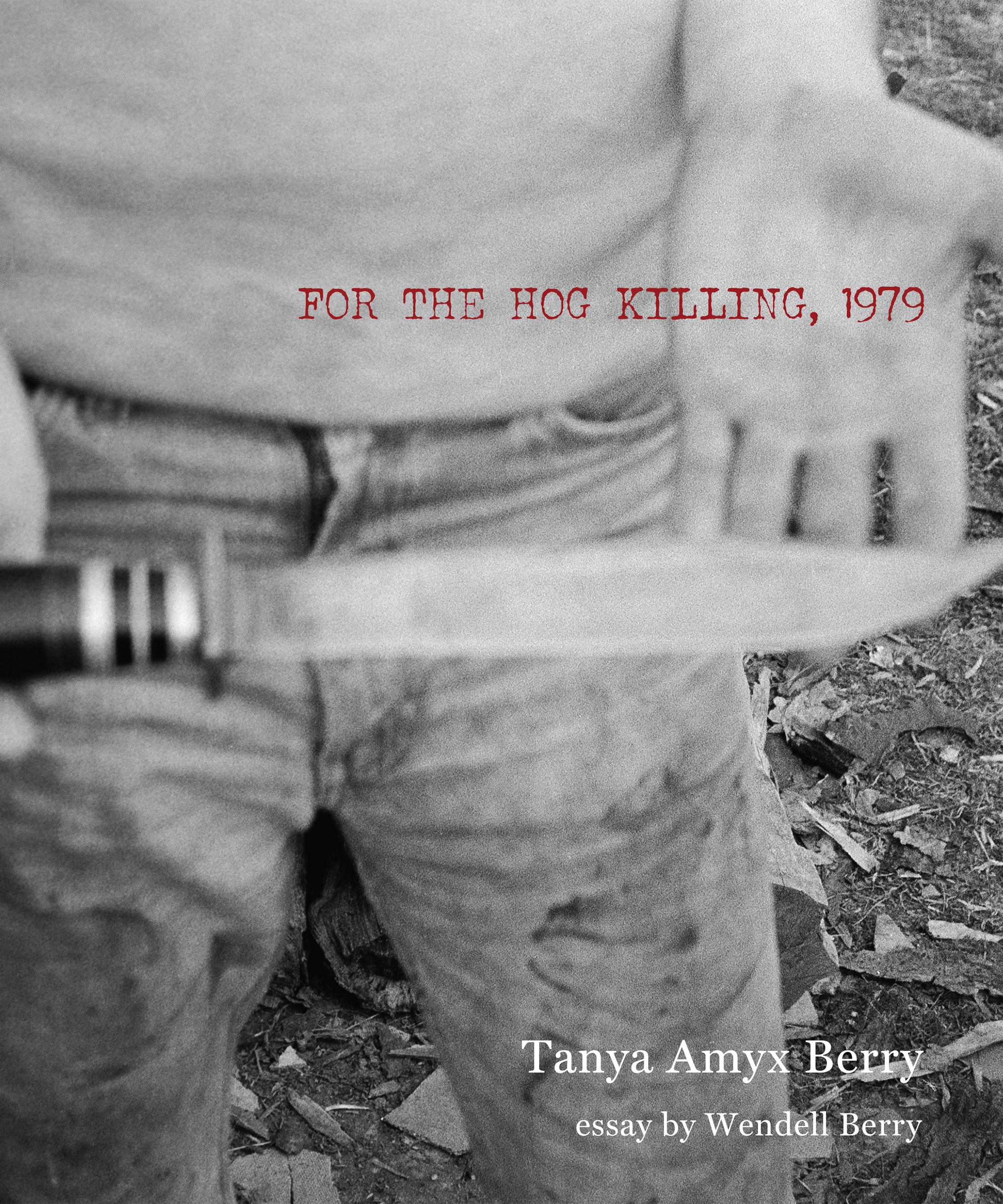 “The traditional neighborly work of killing a hog and preparing it as food for humans is either a fine art or a shameful mess. It requires knowledge, experience, skill, good sense, and sympathy,” writes Wendell Berry in the essay portion of this book. In November 1979 as in years before, neighborly families gathered to do one of the ceremonious jobs of farm life: hog killing. Tanya Berry had been given a camera by New Farm magazine to photograph Kentucky farmers at work, and for two days at the farm of Owen and Loyce Flood in Henry County, she captured this culmination of a year’s labor raising livestock. Here, in the resulting photographs, published for the first time, the American agrarian tradition is shown at its most harmonious, with strong men and women toiling with shared purpose towards a common wealth.

Tanya Berry reveals intimate, expressive moments: the teams of young men hoisting animals by physical strength onto a gambrel and wagon for butchering, women grinding meat and mixing sausage and readying hams for preservation, and the solidarity of human beings coming together in reverence for the food they would eat, the lives and bodies which would be taken, and those which would be strengthened.

Ben Aguilar is a multimedia specialist with a focus on agrarian and landscape photography. His photographs have appeared in Rural Heritage magazine, Garden and Gun, and Reciprocal Failure.

Tanya Amyx Berry is an artist and agrarian who is deeply entwined with the Kentucky community, human and natural, surrounding the hillside farm she shares with her husband, Wendell Berry.